Scalp psoriasis: causes of manifestations, methods of treatment and prevention

The disease is a chronic, inflammatory and recurrent process that mostly affects the scalp area.

It is generally accepted that scalp psoriasis is only the early stages of the onset of psoriasis, which requires the development of more severe forms throughout the body.

Characteristics of the manifestation and course of the disease

Diseases such as scalp psoriasis manifest themselves in the form of dense "caps" on the scalp, which are then accompanied by severe itching and flaking.

There is another variation of manifestation when a single small plaque is formed.

The symptoms of psoriasis are different from seborrheic dermatitis, the complete absence of violations of the root structure of the hair.

With scalp psoriasis, there are no symptoms of hair loss at all.

The scales that form in psoriasis contain large amounts of sebum, so they are easily identifiable by touch, which cannot be said about flaking during seborrheic dermatitis. 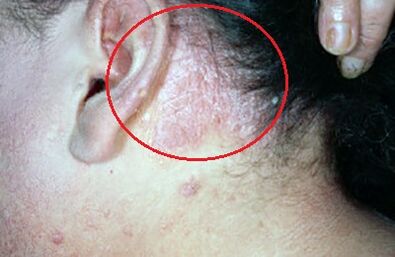 The areas of the head most prone to psoriasis include:

Scalp psoriasis is common, characterized by frequent, and chronic relapses.

This dermatological disease always has a chronic stage, as it is impossible to fully recover.

It is a psoriatic disease of the scalp that is considered the most common.

The main cause of this condition is hereditary predisposition.

If a person's closest relatives have this disease, then the probability of transmission of his offspring is at least 70%. 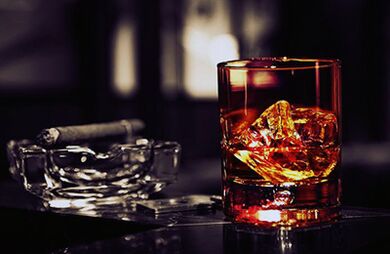 Secondary causes of psoriasis include:

But this is far from all the reasons why this disease may occur.

Some reasons are too rare, so they try not to mention them.

Most often, the disease is recorded in people who have reached the age of 40-42 years and older. If people under the age of 20 suffer from it, then this is usually associated with a weakened immune system, or a hormonal disorder. Thus, after prescribing a course of vitamins and reorganizing a person with a focus on an active healthy lifestyle, the irritation disappears.

It is observed that after any well-designed course of treatment, the skin is gradually cleared, no scars remain, and papules with inflammation do not return. 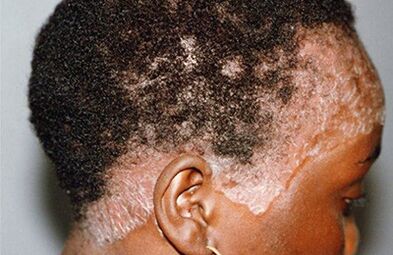 The main stage of the disease has almost no obvious symptoms, often patients do not know that they are afflicted by dermatological pathology. The patient had no complaints, external examination did not show specific symptoms.

Also, some patients note that the initial stage is very similar to dandruff, therefore, a long course of treatment with shampoo is possible to eliminate the wrong pathology.

If the process is neglected, then it can spread deep into the skin, affecting the hair root system and causing hair loss.

Diseases such as scalp psoriasis have their own course stages, which include:

A process such as the treatment of scalp psoriasis should be considered as complex steps. This set of steps can be roughly divided into:

General therapy or medications include the appointment of the following groups of medications that can effectively treat psoriasis:

It is important to remember that the use of drugs with cytostatic and corticosteroid effects is possible only if the disease is severe. They should be used very carefully, otherwise they can cause significant exacerbation of the disease.

Antibacterial drugs can be used only if pathogenic microflora is attached.

Local therapy for scalp psoriasis involves the use of the following agents:

Shampoo is used as another effective treatment. The only caveat is that this tool will be effective only in combination with other methods.

As an effective remedy for the treatment of scalp psoriasis, the following have proven themselves: 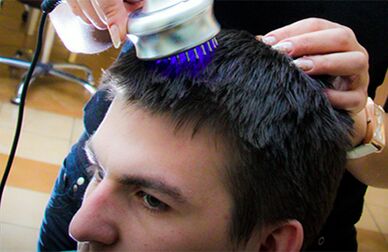 Physiotherapy is another effective topical medication for treating psoriasis.

For the treatment of psoriasis of the head, the following physiotherapeutic agents are used:

The usual technique is to relieve stress and psychological stress. To do this, patients are prescribed sedatives to relieve high levels of nerve irritation. The saturation of the patient’s body with vitamins is one of the most important details in treatment.

When determining the best diet for a patient, attention is always given to the compatibility of foods and medications, as well as the food itself in its range. This important detail helps reduce the load on the patient’s gastrointestinal tract, as well as his other internal organ systems.

As an additional method, folk remedies are used. 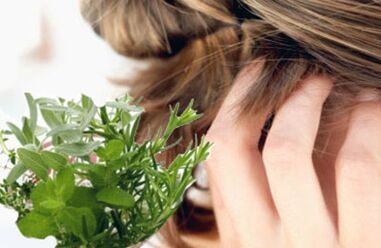 Can scalp psoriasis be cured using traditional methods? It is impossible to answer this question clearly.

We can only say that as an independent method of treatment, the folk method is ineffective, only in addition to the main one. Let’s consider in detail the most effective alternative methods that can treat scalp psoriasis.

Method number 1. It is necessary to prepare celandine juice by first passing the celandine herb through a meat grinder and then squeezing it. This product can be supplemented by adding 40 ml of dry red wine, and can then be applied in the form of a lotion to the affected scalp area.

Method number 2. To lubricate the scalp, you can also use an alcohol tincture of the herb celandine. To prepare it, you need to pour half a glass of dried herbs with 0. 5 liters of 70% medical alcohol (you can use vodka).

The drug should be insisted for 7 days, after which it can be used to wipe the affected area. Also, after using the tincture, you can rinse your hair with a strong infusion of chamomile. 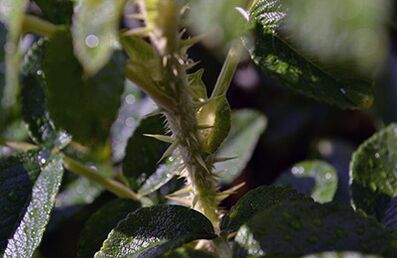 Method number 3. As an excellent tool for general detoxification of the body, you can use "Monastery Tea", which cleanses the body of toxins, cleanses the liver, and helps eliminate all manifestations of psoriasis. During the treatment period, this tea can be drunk as opposed to regular black or green tea.

Method number 4. It is possible to treat skin manifestations of scalp psoriasis using folk methods using the fruits and stems of rose hips.

To do this, it is necessary to burn the stems and fruit to a state of ash, after which this agent must be applied to the affected area. For better absorption, pharmaceutical petroleum jelly can be added to the ash.

It is recommended to remove the effects of oil on the skin and hair from folk remedies with a solution of vinegar. It is usually made in 50x50 sections. There are many treatment options, but it is always important to choose the right one. For this, it is best to seek expert advice.

To prevent recurrence of scalp psoriasis, you must adhere to the following rules:

From all the above, we can conclude that scalp psoriasis is not an independent disease, but just another manifestation of such a serious disease.

From a financial cost standpoint, the treatment described can be called budget -friendly, while the stereotype of "more expensive, better" is unacceptable. There is nothing in the world more precious than your own health and the health of your loved ones. And remember that it is better to prevent a disease than to cure it later.